Although the ultimate day of giving and receiving is upon us, a more pressing date on my mind is December 6th, when the Western States and Hardrock lotteries take place.  On this day, I'll be a wishful thinker hoping 1 of my 9 little tickets is drawn from one (or both :/) of the lottery baskets I'm in.  Okay, so I may only have 8 out of the 6,601 Western States tickets with my name on it - they say I have a 32.2% chance of getting drawn but I look at my odds as being much lower, but 8 is more than the 4 tickets I had in the lottery last year.  I didn't even do the math on the Hardrock lottery because I am just one name on one ticket out the of 1,146 "never" category entrants, some who have 64 or more tickets.  Hardrock does not look promising but there is at least some small percentage for my name being drawn.  "So, you're telling me a chance."

At any rate, if I get into one of these races, it will be my focus race in 2015.  Western States has been a dream for many years now and twice I've narrowly missed a spot via one of the Montrail Ultra Cup qualifying races.  I more than likely will not attempt another MUC race to gain entry if I am not chosen in the lottery.  So to fill my 2015 schedule I've decided to attempt a few of the races in what I consider a new and improved U.S. Sky Runner Series.  The first two races in the series are actually within driving distance from where I live in Ohio, still 8 hours and 6 hours, but it beats the cost of traveling West for the others.  And hopefully I will make arrangements to be in Flagstaff for the series finale.

This looks like a good schedule and with one more race  is about the max amount of ultra's that I like to do in a years time.  I'll have to find a summer 100 to do if not selected for WS or HR.  I'll be 5 months of no racing leading into March but I don't feel there is a need at this point to pound out a dozen ultra's - maybe someday. 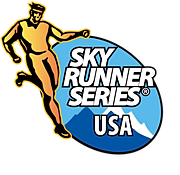 Here's to a good and successful Lottery Season!