The year of 2010 literally just came to a close.  I just logged my last run and am reflecting on the years behind me.  Without a doubt, 2010 was the best year of running of my career, but it all started four years ago.  I ran track my 7th grade year.  I remember that season; the cinder track that I was pushed off of as I was passing a kid from Waterford in the 800.  Accepting the blue ribbon because he was disqualified, I shook his hand and told him next time he won't have the chance to push me off the track because I will be ahead of him from the start..  I ended up running 5:32 in the mile that year.  I was competitive by nature.

After that season, I decided to play baseball for the next two seasons instead of run.  My knees hurt because I was growing fast and running wasn't that cool.  My sophomore year I ran track again.  I ran cross country my senior year, because my high school never had it before that.  I did well in my first year of cross and that next winter I decided I really wanted to focus on running.  I still didn't know much about the science of running or other training details, but I enjoyed it and had success with.

From January 1 2007, I started logging my runs and since that day I have kept an extensive record of all of my running.  That is when I consider me being an actual runner, just four years ago.  That year I also made the transition from high school to college and I began to understand running a lot more.  Every year I have learned so much more.  I steadily improved each year, continuing to increase my miles.

I don't know what made me want to run a lot of miles.  I remember when I thought 60 or 70 miles sounded like a lot of miles for a week and I didn't do it until I got into college.  Then my sophomore year I received the training calender from coach and it had a week of 80 miles on it and I remember doing 82 the week of camp.  That was the most up to that point.  It wasn't until my next year I hit the 100 mile mark, I did it twice.  I was scared to do this, but I PR'd that year several times in cross country.  It was that year I really started to run trails a lot and began to read more about ultra-running.

2010 came around and I remember making a conscious effort to run more miles.  I made a goal before the track season to run 100 miles for 10 consecutive weeks and I did it.  I also ran two big PR's in the 5k and the 10k, my best track season in college.  I did not plan on running as much as I did during the cross country season but during the summer I became bored hanging around 70-80 miles and quickly jumped above 100.  Once I was above 100 I did not go below until 22 weeks later.  I broke 25 twice in the 8k during the four highest weeks of mileage.  I realized I was fastest when I was higher in mileage combined with long-interval workouts.

With all that said, here is my year of running: 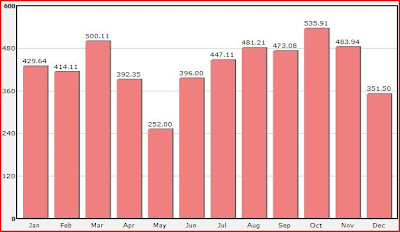 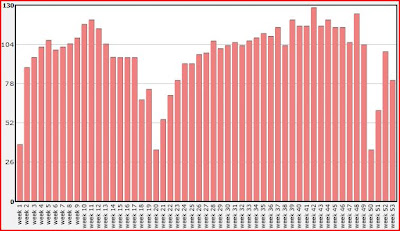 -Duke Invitational 10k:  This was the race that I looked forward to and prepared for the entire spring.  I previously had bad attempts in the 10k, due to either bad weather or no competition.  This time the competition was stacked and the weather was great.  The race was surreal and I can remember almost every lap.  It was also a big confidence boost for cross country.
-40 Mile Shawnee State Forest Loop:  This was my first big taste of a long run and a long time on my feet.  Plus, this was done with two of my good friends, Keegan and Reece.  We had a great time and made me want to run even more long runs like this.
-All-Ohio:  What can I say about All-Ohio?  I ran 24:42 and we beat Malone for the first time in school history.  Proud day for me and the Bears.
-Nationals:  This of course was a emotional day.  The team and I did not do as well as we wanted but this was my last race as a college cross country runner.  I wish I had a million more of these days.
-North Face Endurance Challenge:  Naturally, to wrap up a busy year of running, I ran this as my first ultra race and when I signed up for it, I did not know what I was about to be thrown into.  I enjoyed everything about this experience and look forward to more of these types of things in the years to come.

I am looking forward to another great, healthy year in 2011.  I have not found a solid race schedule yet.  I have a lot of options but it will definitely include some ultra-marathons.  The biggest goal is to do a 100 miler.  As far as "fast racing" goes, I am still not sure if I will do any for the track season.  I still know I can go faster in the 5k and 10k, as I probably could for another 8-10 years.  But, I am not as drawn toward fast track races as I am toward long trail races.  If I do race any track, I will take 8-10 weeks and totally focus on a 10k sometime in April.  That's only if I don't find a nice ultra to do in that time.

I will make up my mind soon about my plans.  2011 also promises to have some sort of big change in my life.  I graduate in May and after that a lot could happen.  I could go away for grad school or simply just to move away and get a job of some sort.  Or maybe I will just stay in Ohio doing something.  Whatever the case, I will be running a good bit!