I found myself, along with Matt Lemon and Chris Lemon (the Lemon twins) 5-6 seconds up on the field during the first mile. It was really bizarre brushing shoulders with two people that have 8k PR's a minute and a half faster than mine. And of course, with that last sentence, I was dropped after the first mile. Looking back, I could of probably ran a little faster and finished a little better in the race, but the main thing is that I had a goal and I did it. 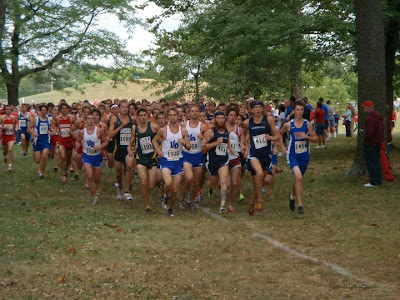 (Getting out hard.)
So, after I was dropped a quarter of a mile after the mile mark, I tried to hold on. After the wooded section, still in 3rd place, a pack of Miami guys came by me, like 5 of them. Also, a IUPUI guy. I ran strong for the 3rd mile, passing two of the Miami guys, but at the finish, one Miami and Dayton runner passed me at the line. I ended up in 9th place, behind 3 Daytons, 4 Miami's, and 1 IUPUI. My time was 15:21. 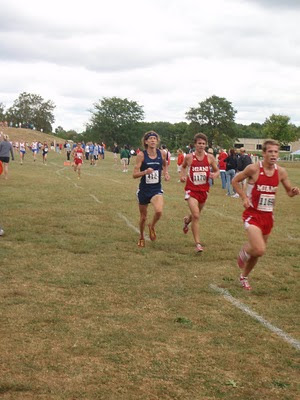 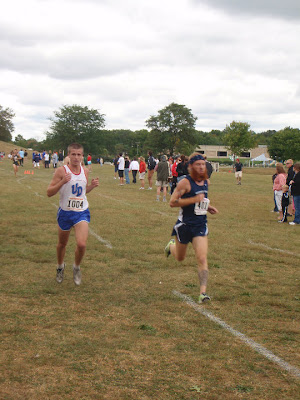 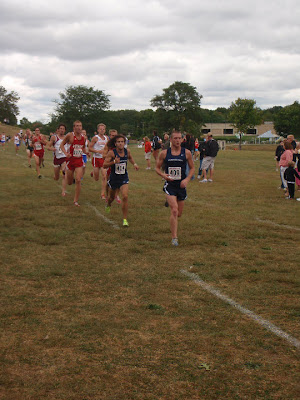 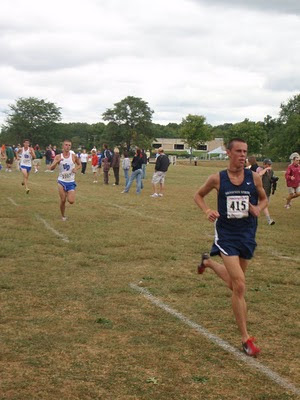 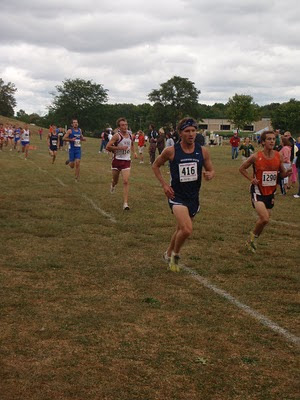 The team came rolling in. It was apparent as soon as I finished that we got thumped by Miami and Dayton, and that was the truth. Besides those two teams, we looked to have the most runners come in. Here was the order:

Those were all of our runners that finished under 17 minutes, a good amount.

Even though we did not win the meet, or maybe some didn't run as fast as they liked (a lot of people ran fast though), it was a solid start. It is now time to get back to work, looking forward to Iona, at the famed Van Cortland Park. It will be nice running where the legends have once run. We are going to get stronger and stronger each meet........ 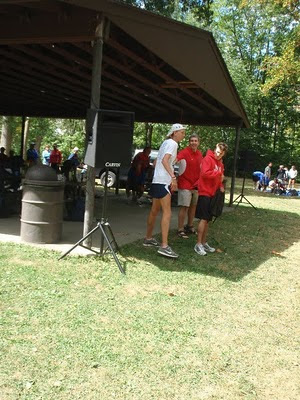