In this busy world, one filled with cappuccino fixes and corporate mega-stores, we all just need to slow down!  One thing that I did discover while I was in New York City, was that it is as fast paced as it gets.  Yet, it takes five times as long to travel a mile on the road than it does, say, in Portsmouth or Pomeroy.  Some people like the hustle and bustle way of living, constantly on the run, never really sitting down to enjoy life.  Do these people really know what is surrounding them though?  Do they even look up to see the people walking the streets around them?

The people I walked by in NYC never made eye contact with me.  Not one of them.  They are too busy making there way to wherever they are going to even notice what they are doing.  They are in their routine, waking up at the same time every morning, the same coffee shop on the way to work, check-in, check-out, order out dinner, turn on the television, nighty night, wake up and do it all over.  Where is the variety!?

Scientists have performed studies and say that city life affects the brain negatively.  In an article I have recently read, scientists stated that an:


urban environment impairs our basic mental processes. After spending a few minutes on a crowded city street, the brain is less able to hold things in memory, and suffers from reduced self-control. Now scientists have begun to examine how the city affects the brain, and the results are chastening. Just being in and while it’s long been recognized that city life is exhausting – that’s why Picasso left Paris – this new research suggests that cities actually dull our thinking, sometimes dramatically so.

“The mind is a limited machine,”says Marc Berman, a psychologist at the University of Michigan and lead author of a new study that measured the cognitive deficits caused by a short urban walk. “And we’re beginning to understand the different ways that a city can exceed those limitations.”

One of the main forces at work is a stark lack of nature, which is surprisingly beneficial for the brain. Studies have demonstrated, for instance, that hospital patients recover more quickly when they can see trees from their windows, and that women living in public housing are better able to focus when their apartment overlooks a grassy courtyard. Even these fleeting glimpses of nature improve brain performance, it seems, because they provide a mental break from the urban roil. 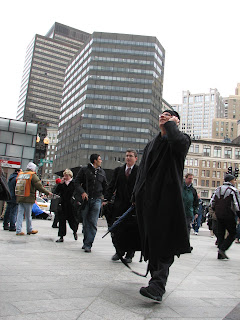 I took this series of pictures while I was in Boston in the Spring of 2008.  Bryce and I were down at the bus station taking pictures. 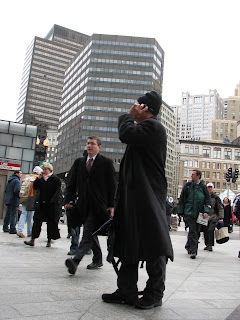 This guy was on this cell phone, totally confused and lost with what he was doing, literally turning in circles as he walked and talked. 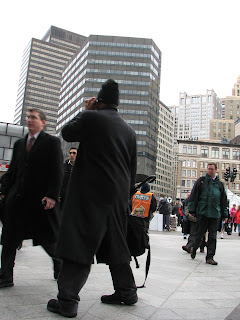 About two seconds after taking the last shot, he ran into me, but he just continued on his way 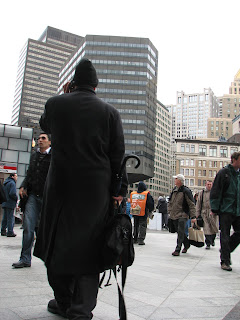 So, I will count it as a blessing that I have always been living around nature and less populated areas for my entire life.  We need our quiet time, time by ourselves.  We need to spend more time in the woods, with only the crickets chirping in the background.  No more car horns, sirens, and sounds of the city.  Slow this life down, think a little about what we want to do for the day.  Get out of our messed up rhythm.